INAUGURATION OF VINH LAC AN BRIDGE (TUE TAM BRIDGE NO. 40) – SPRING IS FOREVER IN ONE’S HEART

Spring is coming! In the joyous atmosphere of the imminent Yellow Pig New Year, the new bridge is finally completed after a long-time waiting by the residents of Ban Long Commune. Last Thursday, 17 January 2019, members of Tue Tam VH Group and the benefactors are present in the locality to attend the inauguration of Vinh Lac An Bridge (Tue Tam Bridge No. 40) in Long Hoa B Village, Ban Long Commune, Chau Thanh District, Tien Giang Province. 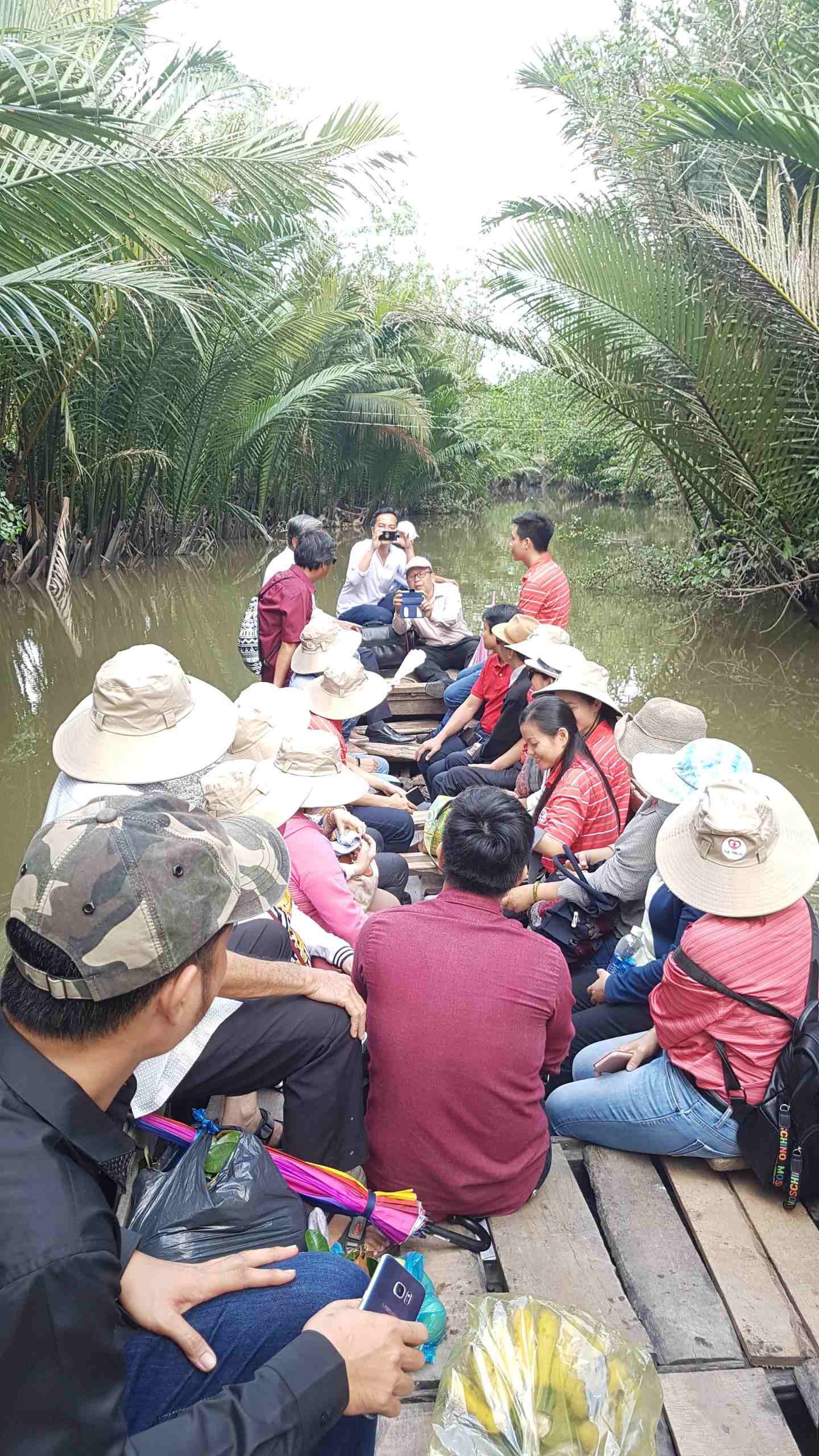 Since the road leading to the bridge is under major repair, our delegation has to come the Commune by boat on Tien Giang River. The bridge with the fresh new paint and the colorful banners stands out magnificently against the surrounding green coconut foliage. 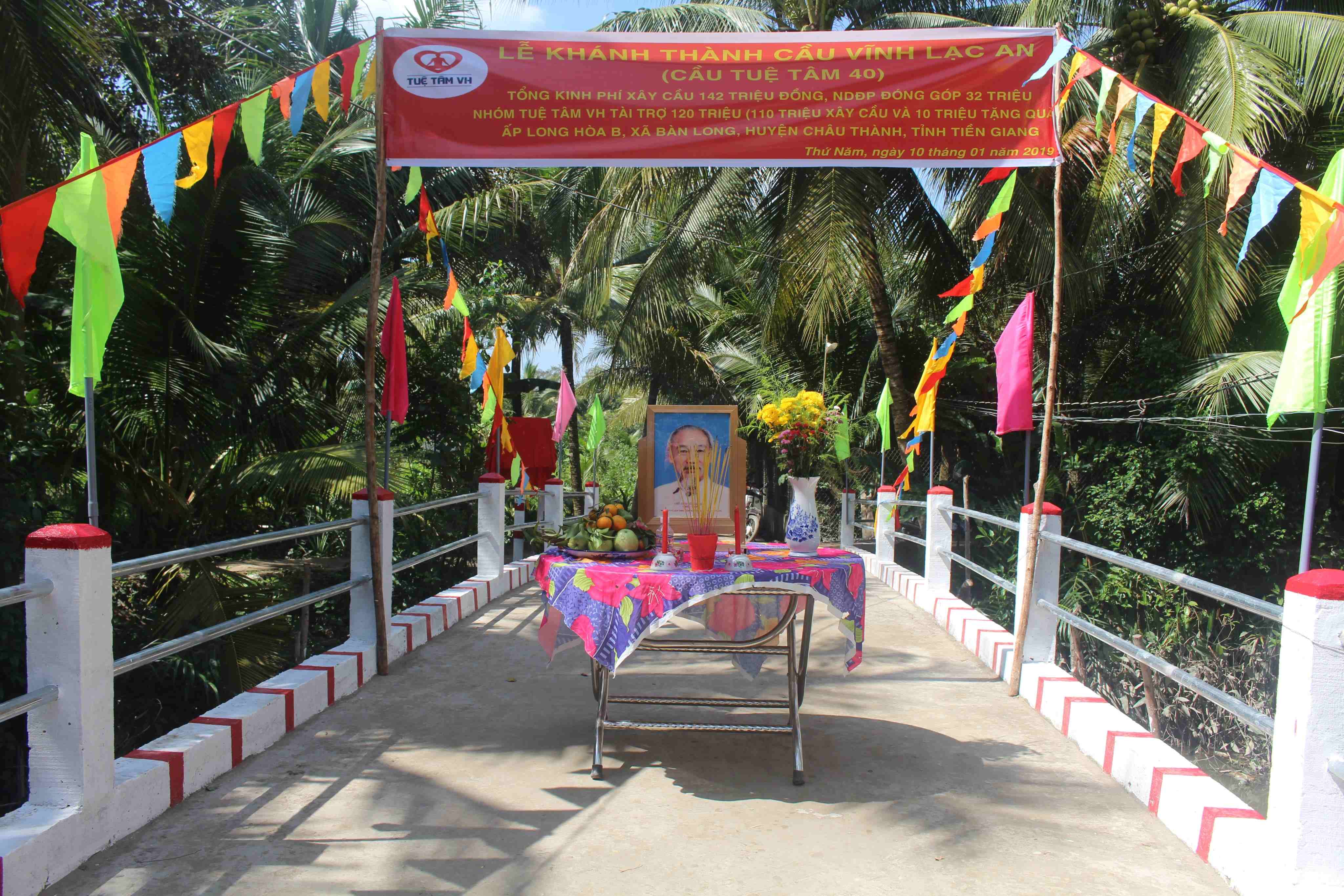 Upon arrival, our spirit lifts with the warm welcome from the residents who are happy with the new bridge as early as in this very spring. Joyous smile shown on faces as everybody is anticipating their enjoyment of the safe and pleasant travelling on this new, beautiful and strong bridge to visit and greet each other in the New Year. 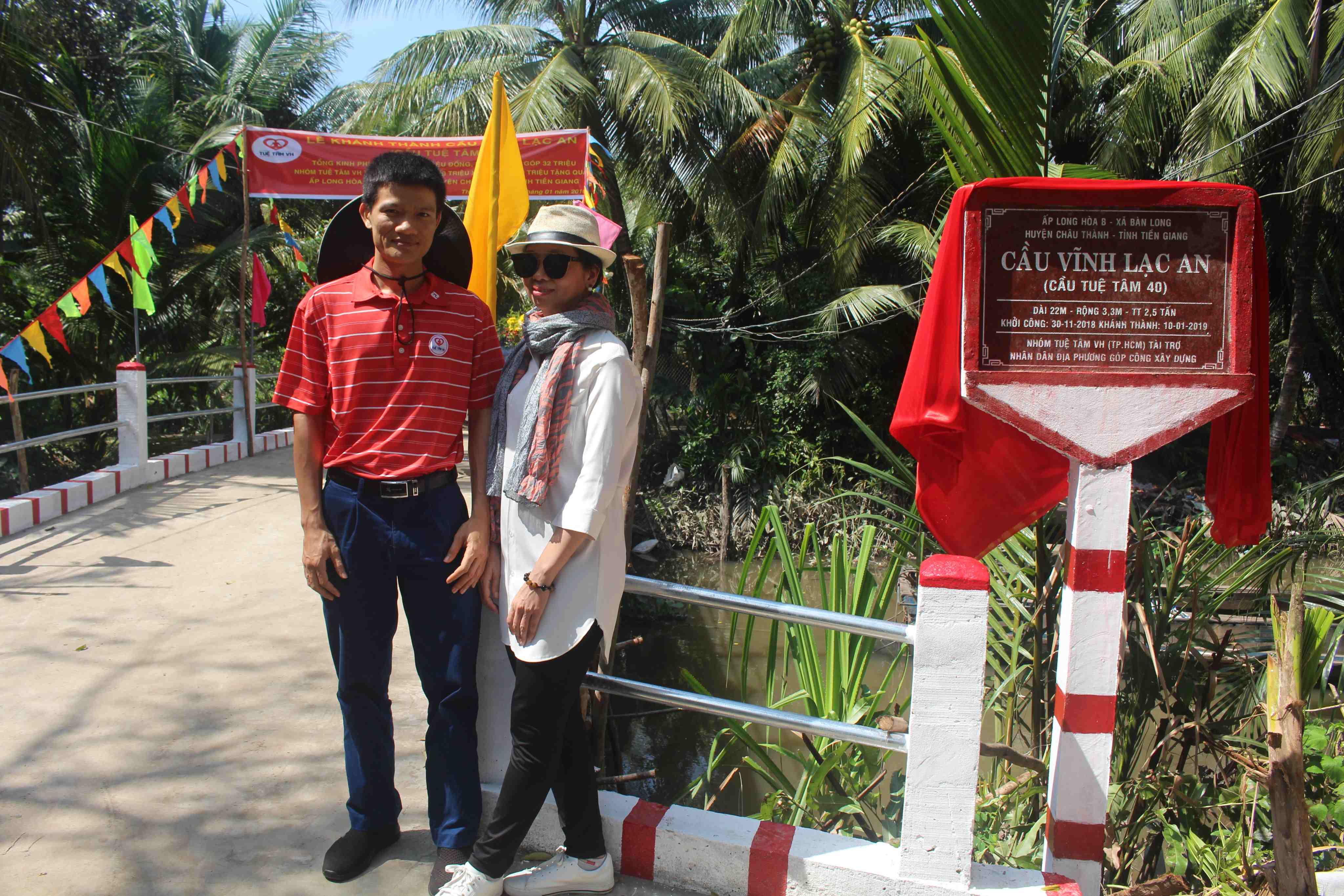 Vinh Lac An Bridge (Tue Tam Bridge No. 40) is newly constructed with the length of 22m, width 3.3m and a load of 3 tons to serve over 600 families daily. Its total construction cost is VND142 million, of which VND32 million are collected by the residents, the rest contributed by benefactors responding to the campaign carried out by Tue Tam VH Group. 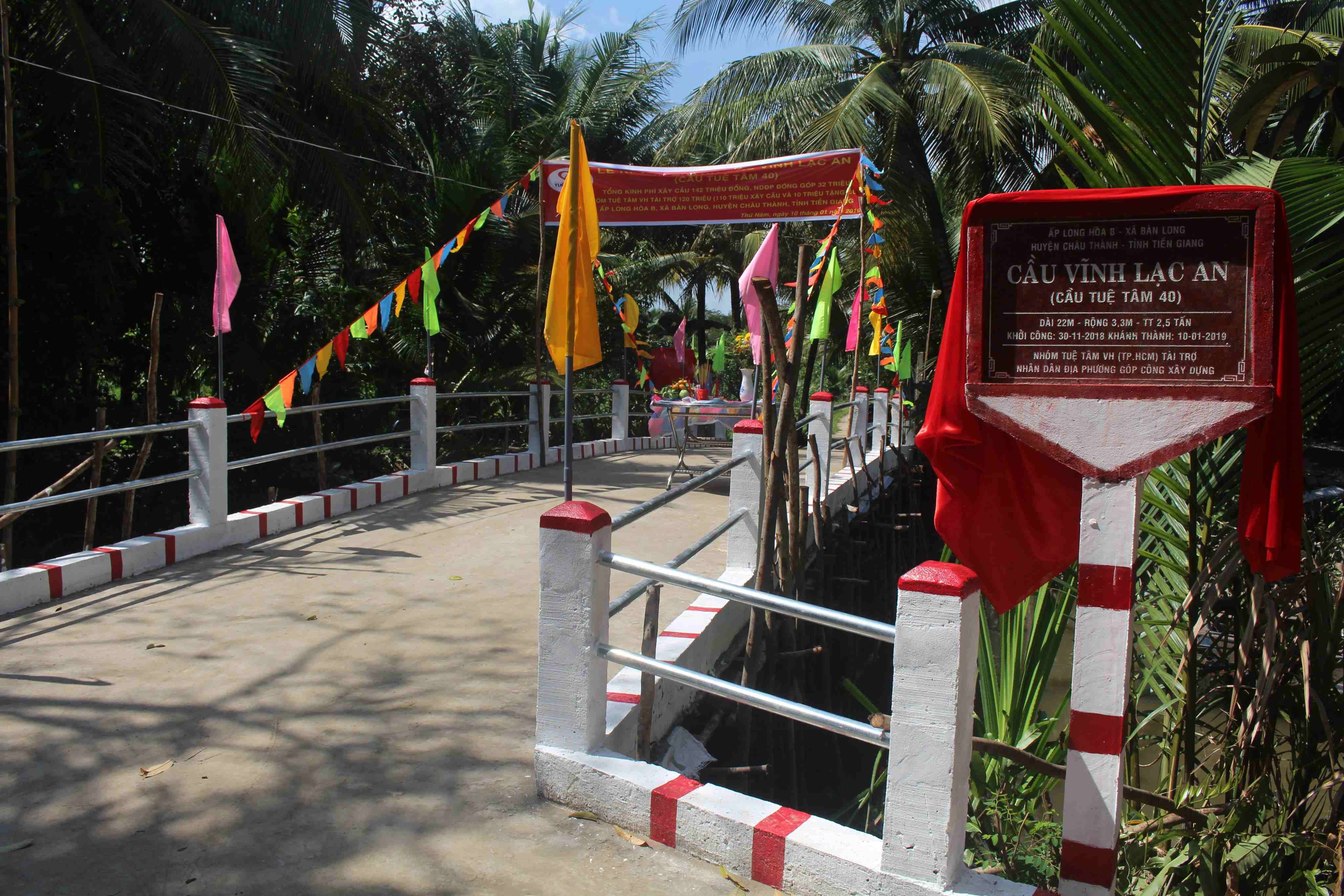 The old concrete bridge lying on the main road to school and work of many pupils and workers has heavily deteriorated with time, tilted to one side from being hit several times by boats, and had no handrail. Passers-by on this bridge might easily fall into the river. 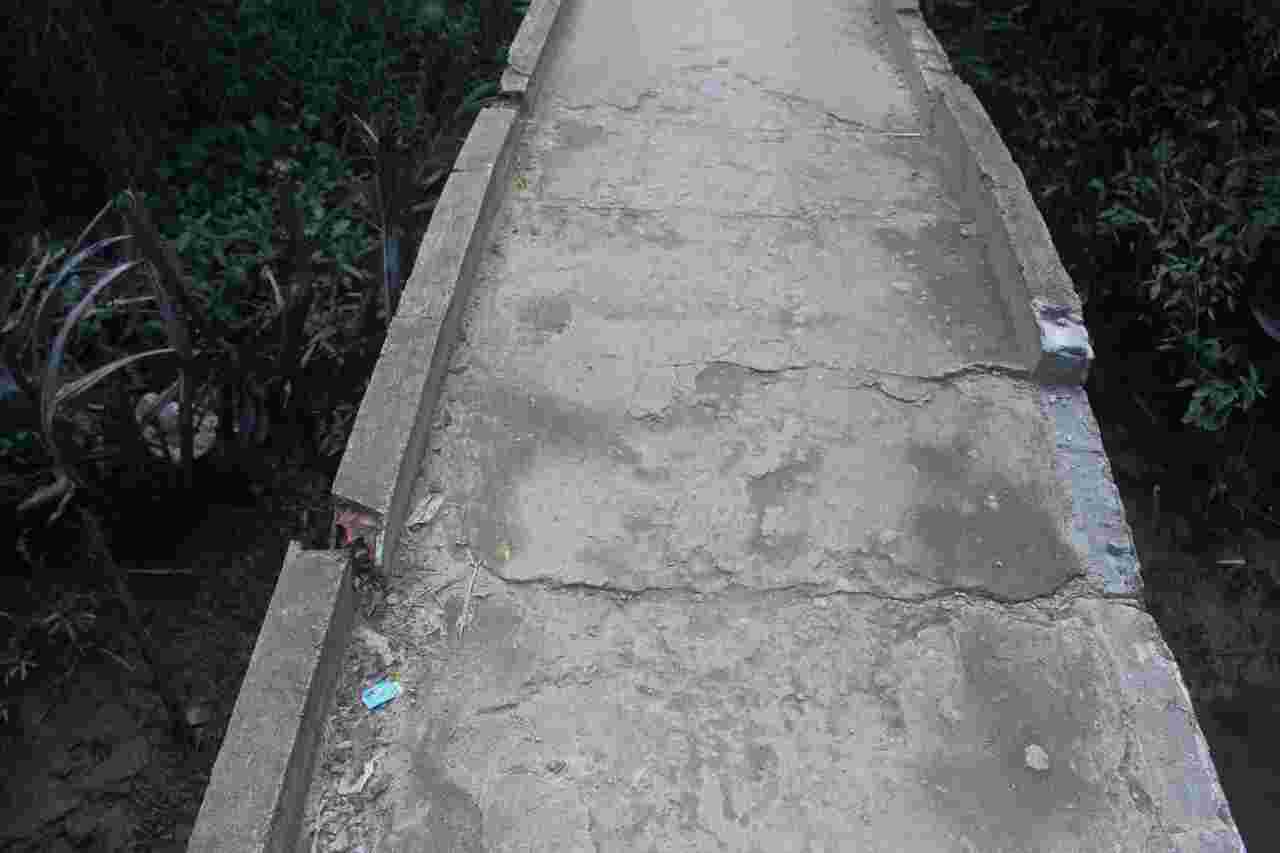 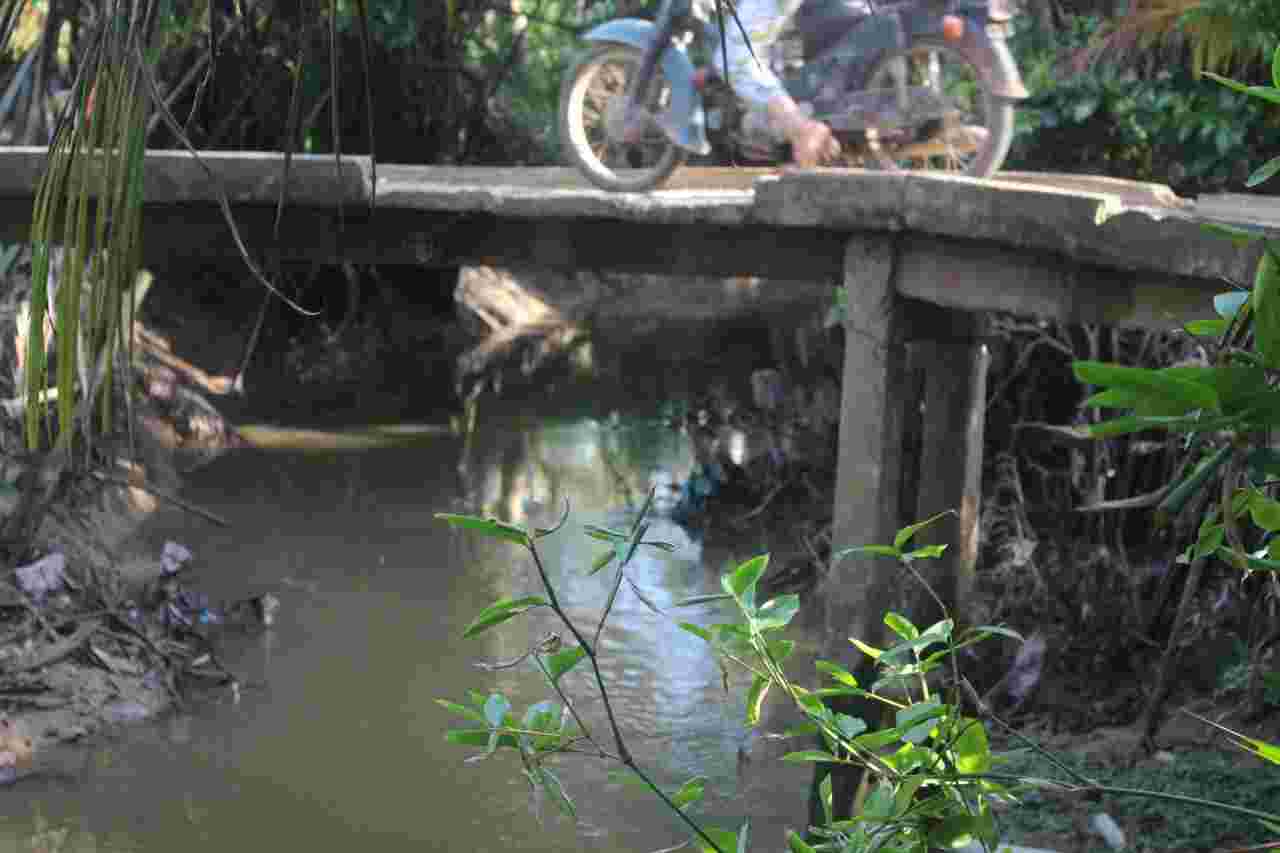 The new Vinh Lac An Bridge is inaugurated on 17 January 2019, which happens to be the birthday of our Guru Vo Huu. In this occasion, Tue Tam VH Group has the honour of accompanying him to the locality to visit the residents and attend the inauguration of this bridge. 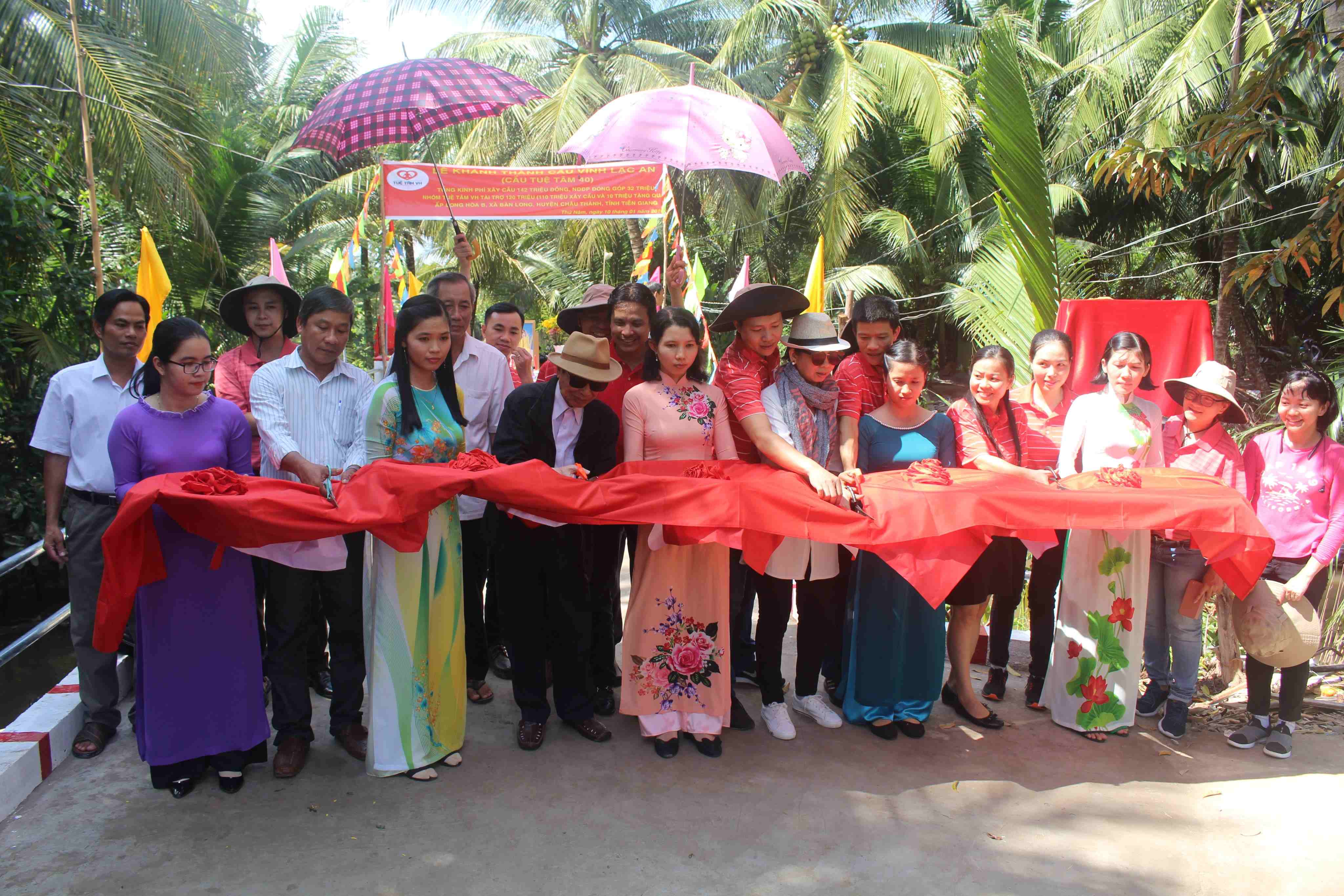 Guru Vo Huu is the mentor who guides Tue Tam VH Group in our social welfare works. During 30 months from the date of our establishment, Tue Tam VH Group has helped to complete and put into use 40 bridges, with the construction of the 50th being on the way. Each bridge daily serves thousands of passer-by residents, with the smile and laugh from each of them a flower we respectfully offer to our beloved guru. 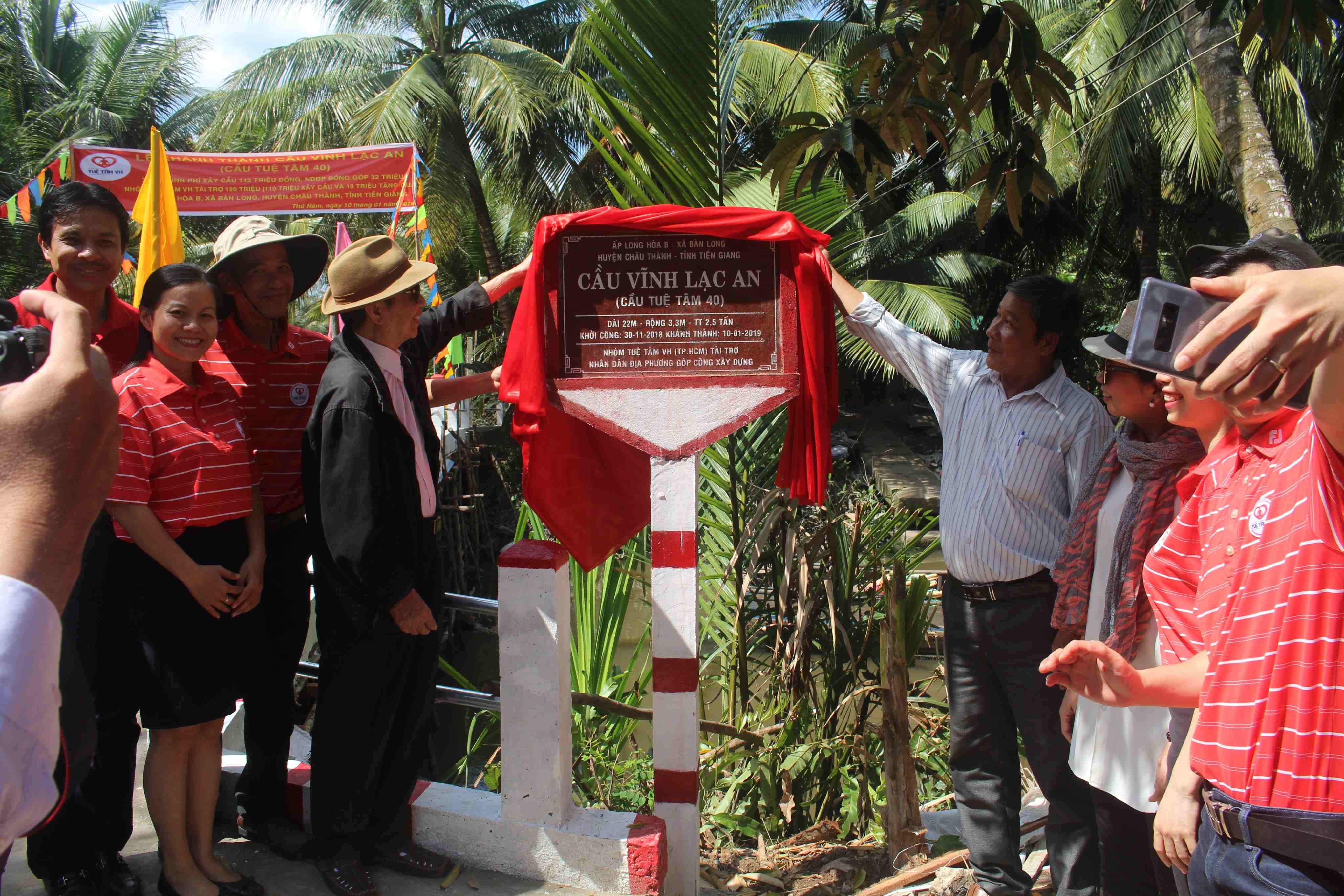 Guru Vo Huu himself cuts the inauguration band and takes off the cloth covering the bridge name. He also gives the bridge the name of Vinh Lac An, which means eternal peace and contentment to the passers-by.

The inauguration is attended by Mr. Huynh Van Hai, Vice Chairman of the Fatherland Front organization of Tien Giang and leaders of Chau Thanh District, and broadcast by Tien Giang Television. In front of a large conglomeration of local residents, the representative of the People’s Committee of Ban Long Commune recounts in detail the process of fund raising and application and construction of the bridge, and expresses the special thanks from the communal government and residents alike to the sponsors from Tue Tam VH Group.

In this occasion, Tue Tam VH Group gives gifts of VND600,000 worth each to 8 excellent pupils from poor families and gifts of VND250,000 worth each to 10 families with difficult conditions. The Group further gives to the People’s Committee of Ban Long Commune a memorial gift of VND1.5 million worth, and a gift of the same value to the construction team as our gratitude for its effort to complete the bridge in a short time so that the people may resume their travelling across the river.

Vinh Lac An Bridge shall not only bring peace and contentment to the passers-by but also show our respect to Guru Vo Huu on his birthday. We wish him forever in good health and be the beacon for our mission.

Residents in Ban Long Commune inform that they have been living there since birth and only now do they see such a large and beautiful bridge, thanks to the help from Tue Tam VH Group. Otherwise, they would not be able to get rid of the old, dangerous, deteriorated bridge even after having sent several written requests to the authority.

The new bridge now replaces the old threat with happiness, and represents new opportunity for business, trade development and living standard improvement to the local residents. 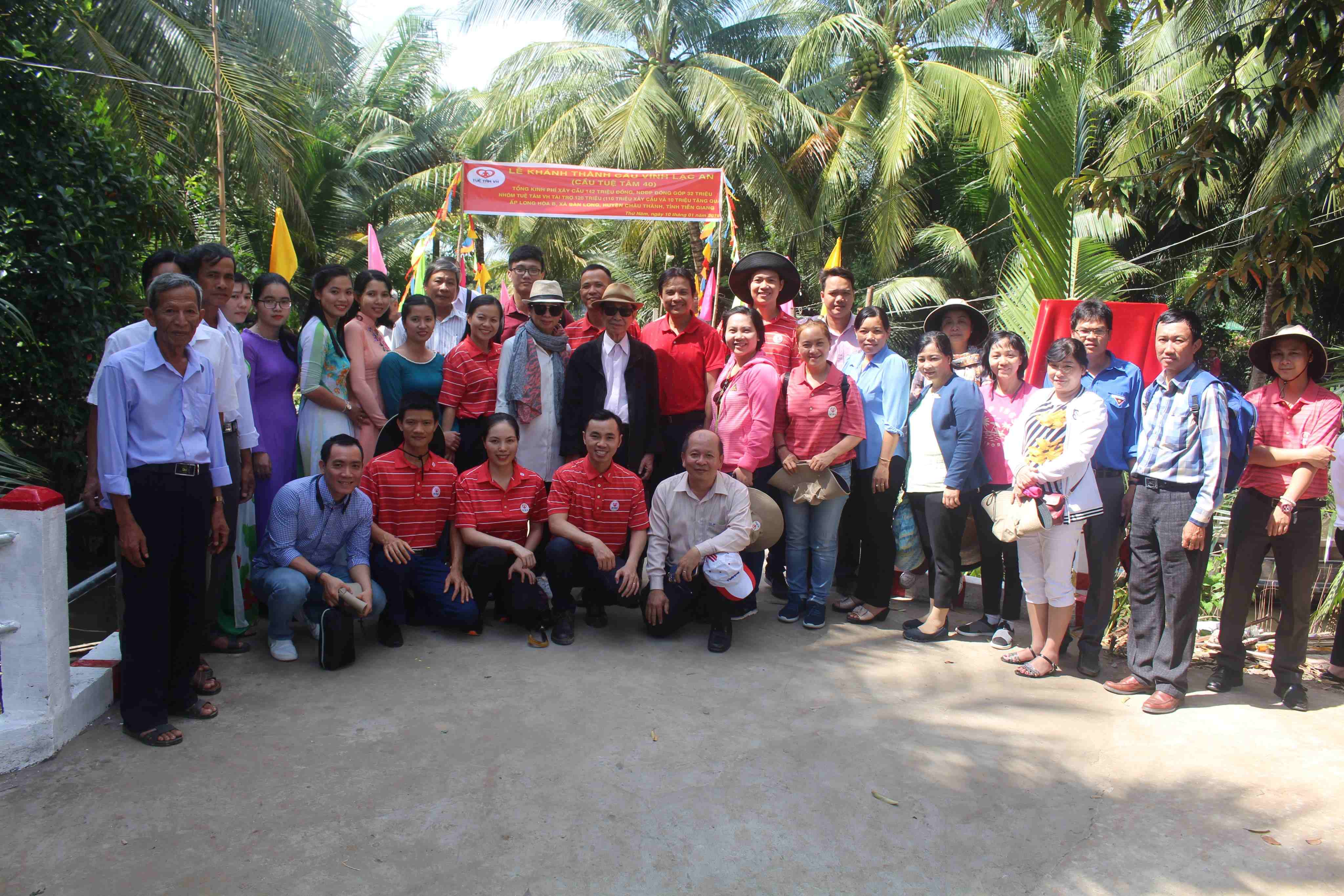 On behalf of the residents in Ban Long Commune, we again thank benefactors, brothers, sisters and friends in Tue Tam VH Group for their help financing this bridge. Let’s welcome the coming spring which shall prove to be a long lasting one in the heart of each passer-by on Vinh Lac An Bridge. 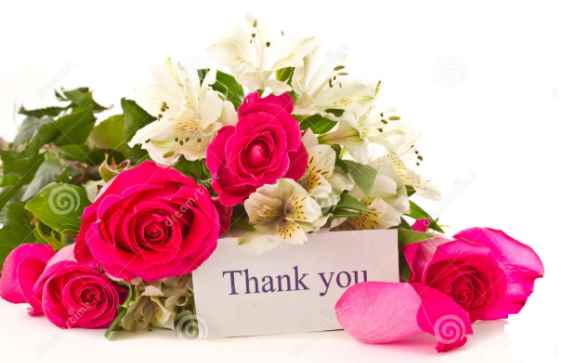 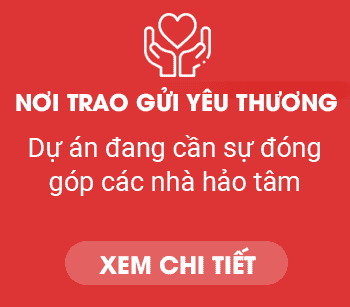 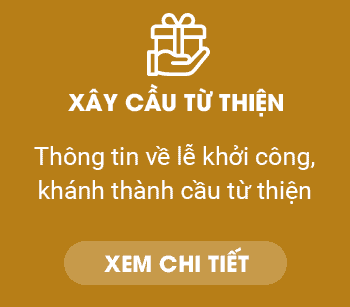 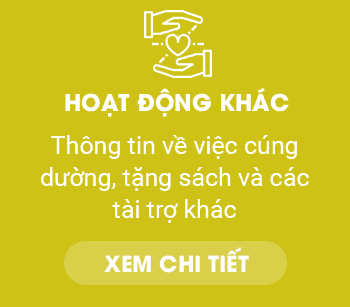 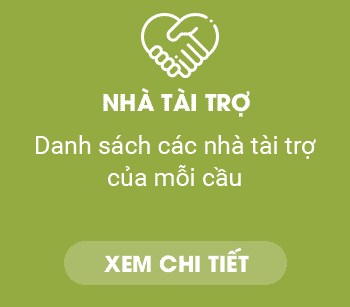 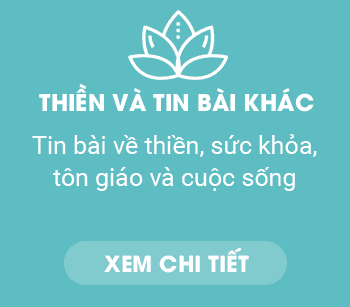